The movie, What Dreams May Come, is the source of inspiration for this website which was purchased in May of 2012.
(For those unfamiliar with the film, it was a very unique concept ahead of it’s time… Please don’t miss the tribute video at the bottom of the page.)

This website WhatDreamsMayCome.org was originally about the film that helped save my life.  I felt it needed to be better understood about the power of thought and spirit transcending physical form, rather than riding on the over done and worn out Hollywood concept of eternal love.

THIS MOVIE ELOQUENTLY DEMONSTRATED THE POWER OF MIND AND SPIRIT… BUT REVIEWERS FAILED TO GRAB THIS UNIQUE OPPORTUNITY BY THE REINS AND RIDE IT HARD!!  SHAME ON THEM! =(

I never, ever thought this website would become a tribute to Robin’s entire legacy, but then… life doesn’t always worked out as planned.

People have asked me if I met Robin.  Yes I did. (Story here)  It was a spectacular encounter. 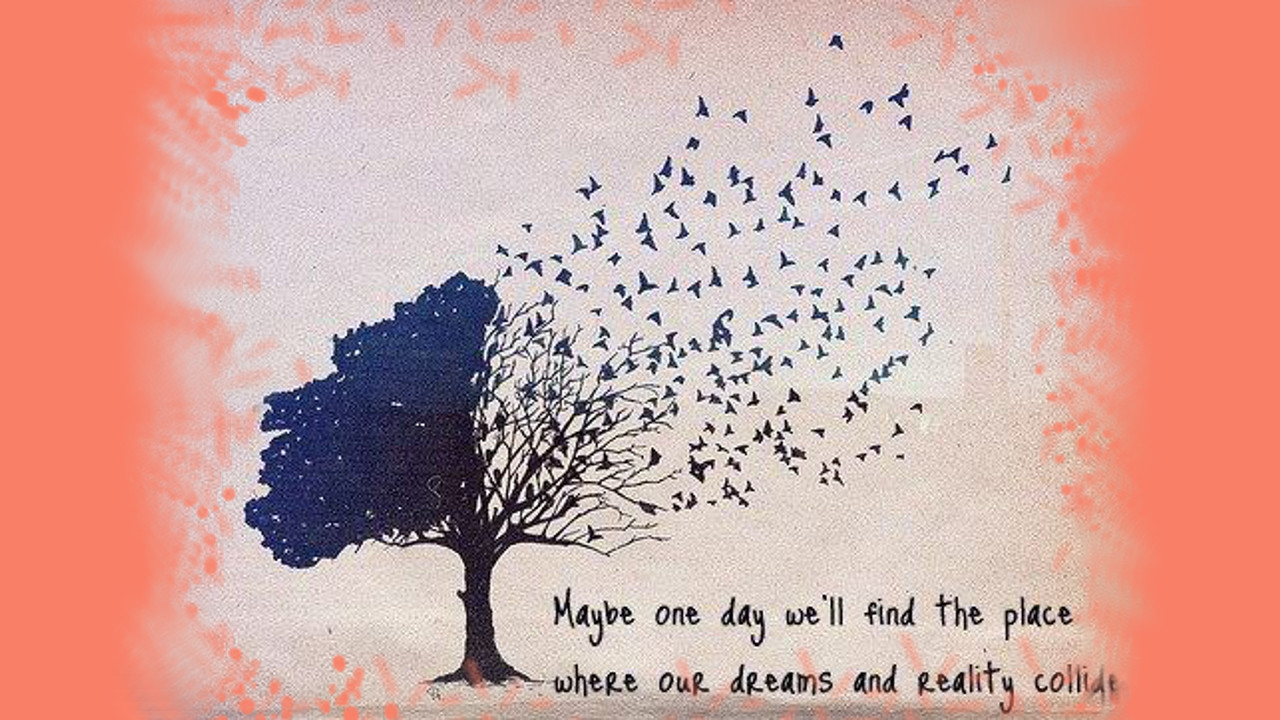 Below are Robin’s thoughts about this movie

In 1998 this film was on the bleeding edge of technology for computer animated graphics.   Robin said “You get to the point where time, money, everything will prevent you from getting everything you want, but they certainly got a lot. I think they have achieved as much as they can given the nature of the beast.”

Robin said it was  one of the hardest movies he ever did in his whole career.  Partially due to the subject matter and partially due the nature of making computer graphics at that time. 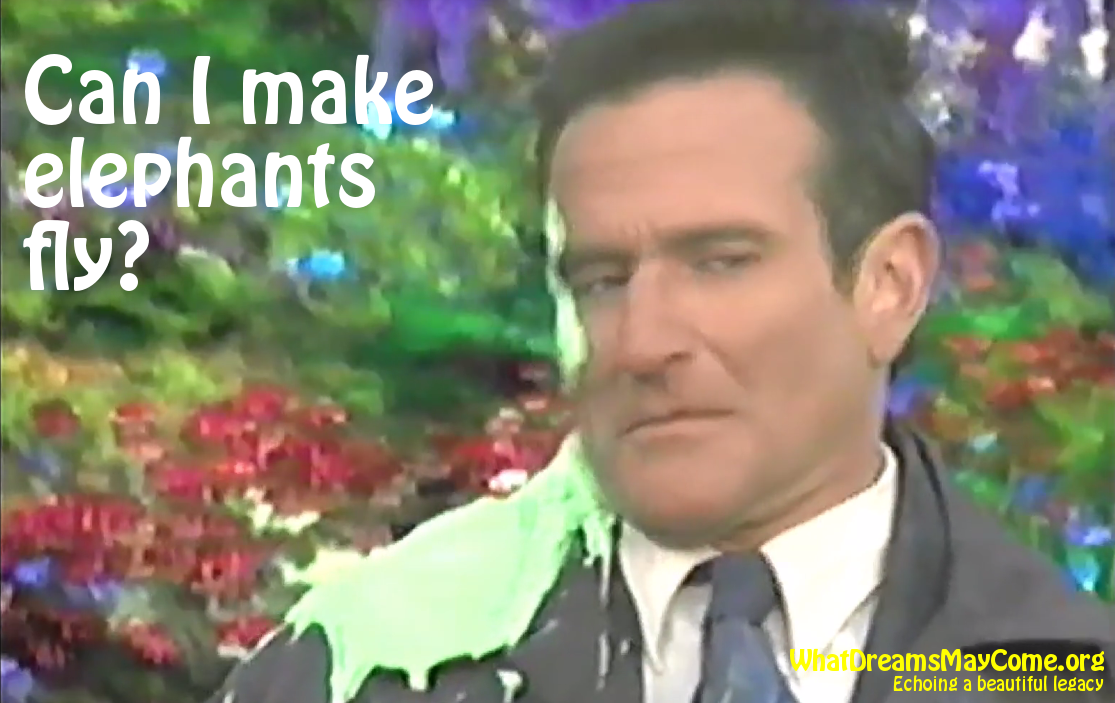 When he watched the final movie, he felt it was extraordinarily beautiful, but was disappointed by the ending. (I agree it needed more consideration to reach it’s full potential.)

Robin’s most frequent comment in doing this movie:  “The most primal thing about the movie is that it made me appreciate everything in my life right now: My family, my friends, my wife, my children and what a gift they are. I treasure every moment with them.”

Below are my thoughts about this movie

In a dozen words or so….

Our thoughts create our reality.

Our spirits transcend time and space.
(And is passed on to future generations.)

WHAT DREAMS MAY COME… is a movie about a tragedy that guides the viewer through a visual and metaphysical journey about the power of the mind.  It focuses on the suicide of someone, who like myself, such a choice would have been perfectly understandable.

In the movie a couple lost their children to death at a very young age. They both experienced the same loss, but coped with it differently.  She ended up institutionalized for a while.  He coped differently by burying himself in his work.

They pulled through it as a couple, but later her husband died in a car wreck. She was ALONE and couldn’t handle any more emotional trauma and loss, so she committed suicide. 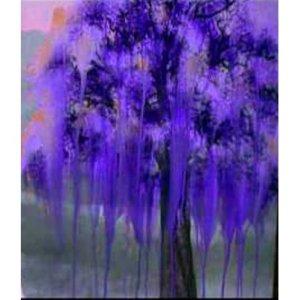 Her husband went to heaven when he died.  When she died she went to hell.  That is where suicides automatically go because she was psychologically tormented by her experience.

Hell isn’t all fire and brimstone.  It  is the psychological belief of a life gone wrong, irreparably.   Because  she was so traumatized, her fears, were perpetuated WHETHER THEY WERE REAL OR NOT. Life scared the hell out of her. She could not escape the feelings that devoured her through the tragedy.

Does one escape or confront such tragedy… Fight or flight?

This movie’s title is based on one of Shakespeare’s most quoted phrases, which quite literally begs the question if we find peace in eternal slumber OR if we dare to dream differently. 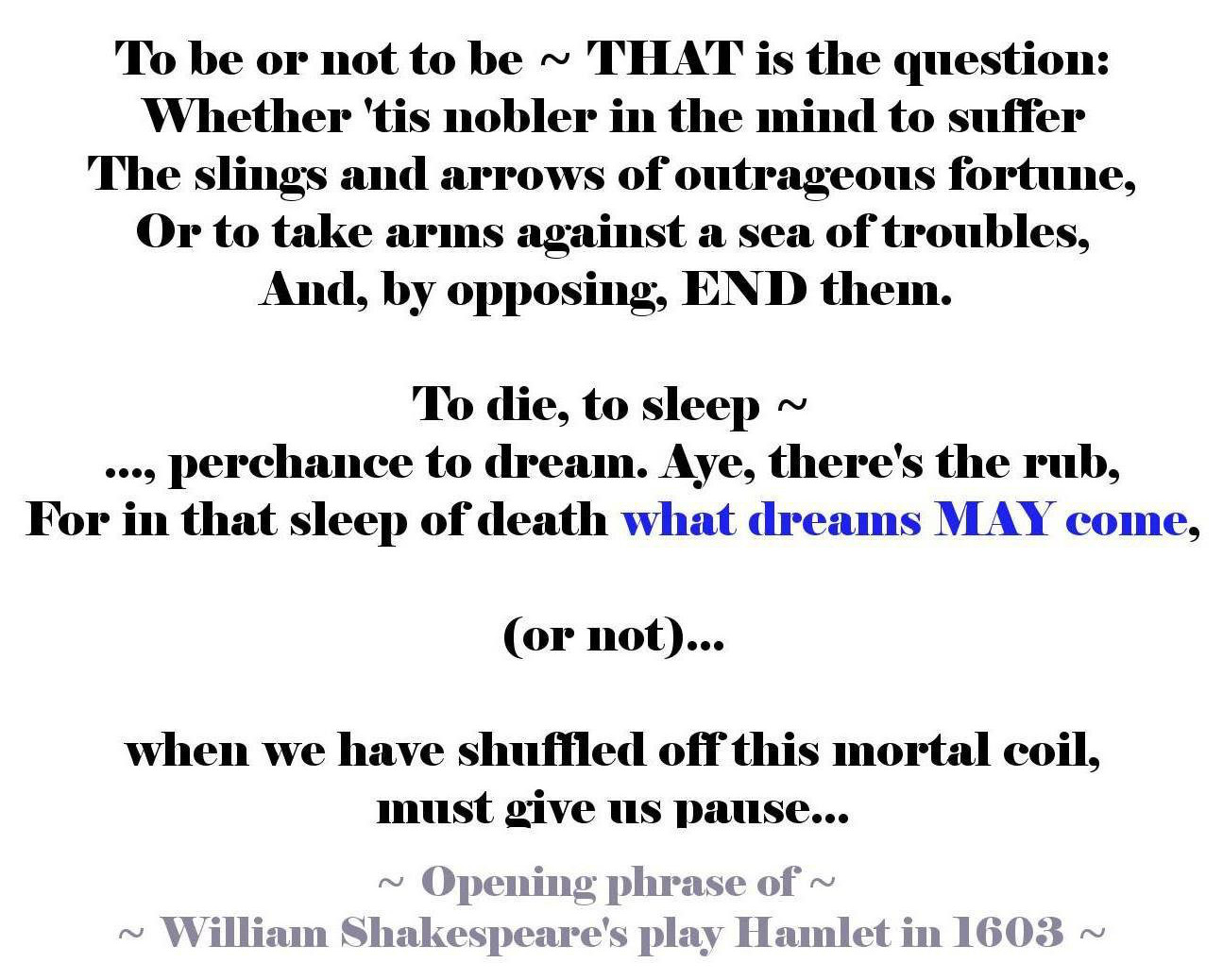 I understood profoundly how she felt in her version of hell because I saw this film for the first time when I was in hell and UNBELIEVABLY close to ending my life. 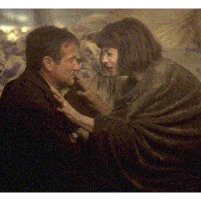 In the film she perceived her house in hell as cold, the power had been cut off, spiders crawled on her body, the house was falling apart,
etc.  THAT IS PTSD.

If you have  ever met someone severely traumatized, the hallmark symptom is a hyper-active nervous system that interprets everything as a threat.  Please offer compassionate awareness.

She was very scared and lonely until he came back.  He realized he couldn’t change her fears, but rather than letting her suffer alone, he decided to stay in hell with her.

His presence made the difference in her being able to see that life could be better.  He may have calmed her fears, since she was not alone anymore. ~ ~ ~ >>> Because of this, she was able to leave hell and the fears that engulfed her. <<<~ ~ ~ 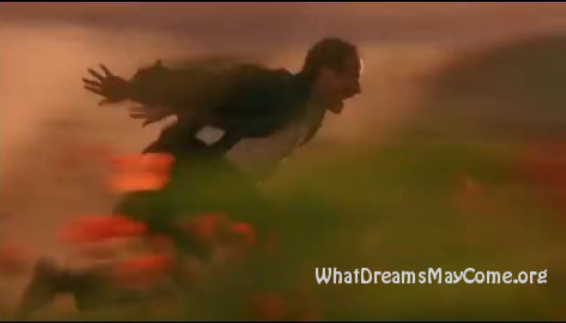 Life is extra-ordinarily difficult sometimes and it can be hard to find reasons to continue living, when the suffering is so great.  We can’t always chose our paths that we must travel, but we can chose our dreams.

Loved ones can be brought back from spiritual hell, so please don’t shun their experience and their feelings because that would make it worse.

Everyone of us has people in our lives who are in PAIN.  Pain makes them harder to be around and they need extra care.  It’s easy to be nice to those that are nice or have something you want – but think of being nice to those who are lonely as a workout of your body, but rather it is your mind.

Loving people thru their pain might be just enough to get to the other side, spiritually.  None of us could live this life alone…. Nor would we want to… EVEN IN HEAVEN.  Shared experiences validate our views of the world as we experience it. 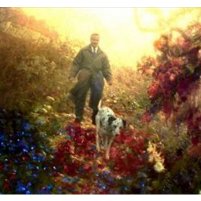 Remember how alone he was even in paradise?  How happy he was when he saw Katie?  And the rest of his family?

We do need to find strength in our own character and be strong and try not lean on others, but sometimes we need a little help to get back on our feet, physically and spiritually.

If we have faith in each other to be strong and to participate with each other in co-creating our world together, it can be a REALLY great place.

With immense gratitude and respect for Robin’s prolific gifts,
~ Kimberly

P.S.  Robin is now in his version of heaven where there is a lot of spiritual joy.    When there is light, there can be no darkness.  The light from his soul was among the brightest that ever graced this planet.  He didn’t die from depression.   His body was falling apart from LBD. His continued decline was unavoidable and he knew it. (Read the story from his loving wife here.) 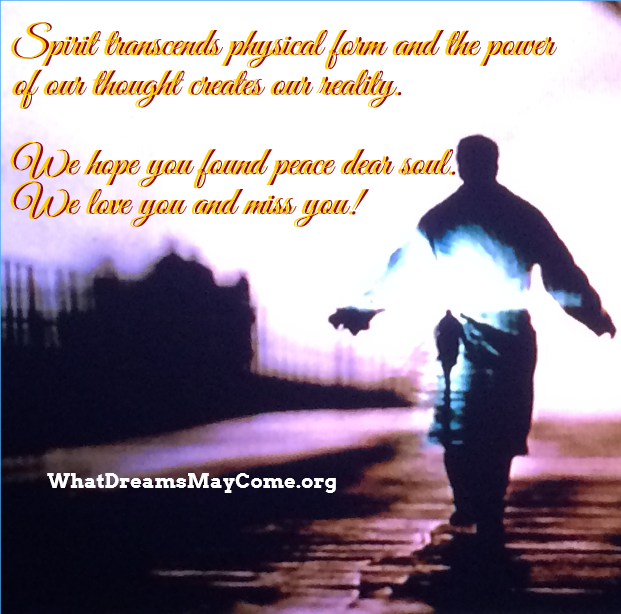 The following is a tribute I made to honor Robin.  It was angel inspired and flowed from my consciousness in 10 minutes.  Anyone who makes videos knows the magic of this and how unusual it is to mash up these 2 movies so perfectly. (What Dreams May Come and Dead Poets Society)

~  This is my heartsong which has profound significance to me.